Get fresh music recommendations delivered to your inbox every Friday.

Elon Musk Wants to Send Us to Mars (I​.​Mythologyborne)

from Var Martialis by Stelios Hadjithomas 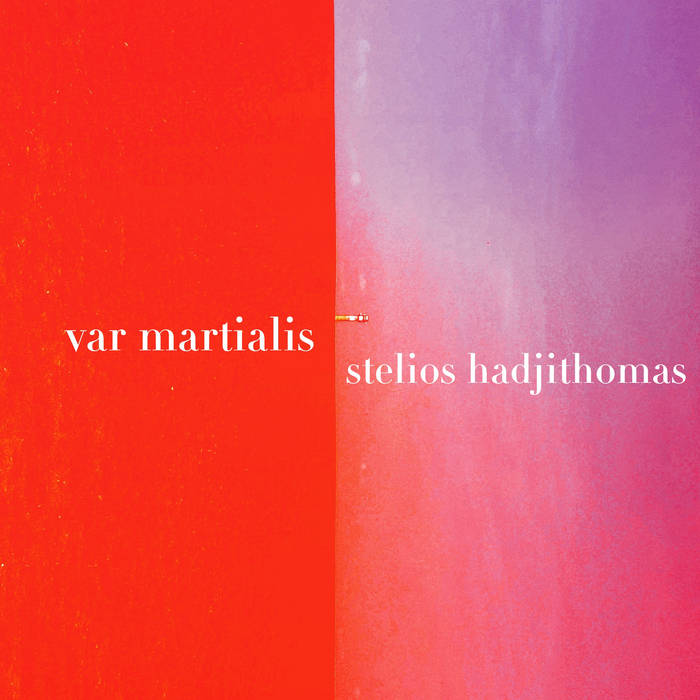 Elon Musk wants to send us to Mars

Pegasus, son of Poseidon, identical brother of Chrysaor the forgotten
of Perseus who killed your mother, Camelopardalis of Ursa Major, Canis Minor and Canis Major of Orion the hunter,
Crux and Cygnus of the genus Hercules the laborer, son of Zeus

Cassiopeia, queen of Eritrea, mother of Andromeda of Perseus,
Andromeda, bride of Perseus, daughter of Cassiopeia,
Ophiuchus, bearer of Serpens of the genus Hercules the half-blood

Monoceros of the genus Orion, nearby resident of Orion, Canis Minor and Canis Major, significant half of the winged unicorn,
Perseus of Perseus, slayer of Medusa, initiator of Pegasus

But he doesn’t know
That we were there before. I had a dream.

I woke up at noon
In a world with two moons and orange sky.
This was the time of sepia as imagined by the singular sapience of a singular mind
Gaining momentum in the ordinary time of space exploration.

The windblown sand of the sandstorm flirts with my white dress.
First violently, then soft, then violently again. Interchangeably.
It tries to steal the red roses’ imprint. Poor darlings, I will protect you.
As I stand in the midst of a decimated land in the shadow of the sons of War
On a surface of rust, I fear nothing but satellite – but I have courage, and courage is stronger in the face of the unsparing.

Phobos and Deimos – Fear and Terror, another dizygotic offspring
Come down my lunar love, I’ll show you a world where fragile life outlives mythology.

You’re not going anywhere. Running in circles
Chasing yourselves, until you blow up with no apparent reason but bearing twice the burden of existence

Moon debris, my little tiny ships of cinder and dust
I try to bring you home
Or bring home to you.
I dream
In perpetuity
The wetlands where my roses will grow.


Elon Musk wants to send us to Mars.


Welcome to the star of death

Stelios Hadjithomas is an interdisciplinary artist whose work spans, and experiments with, genres and mediums. His poetry has been published in various literary journals online and in print in Ireland and the UK.

Bandcamp Daily  your guide to the world of Bandcamp

Damu The Fudgemunk shares his recent collab with Def Pressé, plus jams from Common and more